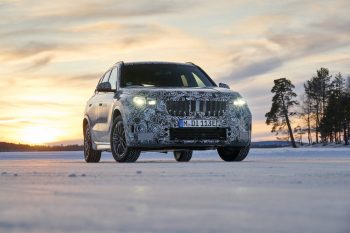 Things are really heating up this week – and we’re not talking about the weather!

There’s been a 60% increase in US EV Sales in Q1 reported, record breaking sales of EV’s in the UK and much more…

This week we are  spotlighting two stories from BMW and Harley Davidson, who have recently been showcasing their latest electric creations.  BMW’s iX1 EV and Harley Davidson’s most affordable electric motorbike – The Del Mar.  Once you’re finished checking those out, don’t forget to check out the quick-fire round to read a roundup of top EV news featuring an article about record breaking sales of EV’s in the UK, a battle between VW and Tesla, news of Lucid’s European expansion, teaser pics of Ford’s electric Transit and Skoda’s EV supermini.

The BMW iX1 Testing Its Skates 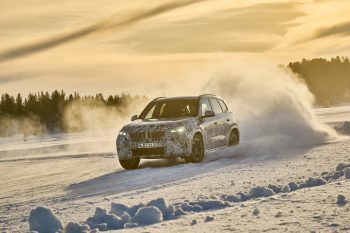 BMW have recently announced that they have concluded the final phase of testing for the fully electric SUV – the BMW iX1. Taking place at BMW’s evaluation facility in Sweden, the dynamics testing gauged how cold temperatures affected the efficiency of the motors and battery.

The new electric SUV from BMW marks the beginning of a new journey for the manufacturer, cementing the iX1 as the entry point to their electric SUV range. BMW have also stated that we will be getting an even closer look at the iX1 in late 2023, where it will enter showrooms across Europe.

BMW’s latest entry into the electric SUV market puts them up against tough competition, including the Kia EV4 and Mercedes EQA.

We’re looking forward to seeing what BMW brings to the table come the official release of the iX1. To read more about BMW’s latest teaser, you can check out their original article, as well as the entire collection of images here. 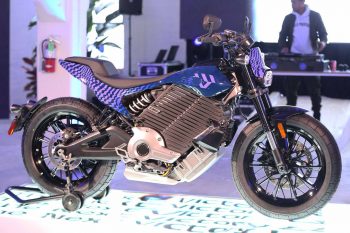 It’s been teased for months now, but Harley Davidson’s latest creation, the LiveWire Del Mar, has finally been revealed in all its glory. Pre-orders now available for the Launch Edition model ($17,699), however the full production run will begin in early 2023, which is estimated to cost $15,000. The difference between the two editions will be the unique graphics and wheels that are unique to the Launch Edition.

When we showcased the last teaser for the LiveWire Del Mar, we mentioned the bike’s S2 Arrow architecture. The S2 is the first bike in the series to utilise this design, which combines the electronics system, motor, and battery pack into one component.

What takes this to the next level is that the system is modular, so parts can be easily replaced to upgrade the bike over time.

Able to achieve 0-60 mph in 3.5 seconds utilising 80 hp, the LiveWire Del Mar is estimated to have approximately 100 miles of range in total. What’s more, the “tracker-style” handlebars provide an upright riding position and seated behind the fly-screen is a full-colour display.

With some final details yet to be released, we look forward to seeing them as they come.