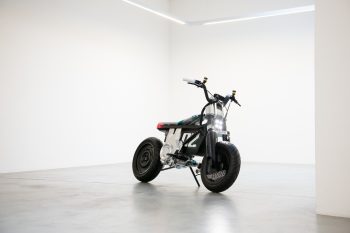 Basking in the warm afterglow of recent conventions that showcased a fantastic array of EVs, such as the IAA event in Munich, we’re back once again to bring you this week’s latest and greatest EV news. This week brings you some super-cool looking concept vehicles, as well as a look into an alternative way to power the EVs of the future.

So what are we waiting for? Let’s get started. 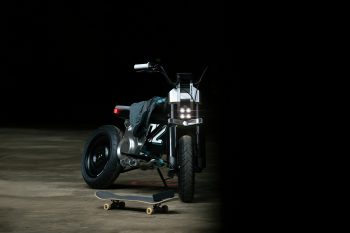 Is it a scooter? Is it a motorbike? Upon the first glance at this sleek-looking concept EV, you’ll instantly be struck by its futuristic design. It sure looks like a motorcycle, yet this super-cool, cyberpunk-inspired machine intentionally blurs the line between motorbike and e-scooter.

One of many recent concept vehicles emerging from BMW’s design labs, the CE 02 oozes originality, mobility and youth. It’s no surprise then that this machine is intended for the younger audience, specifically targeting Gen-Z buyers.

What about specs? Weighing in at 120kg, the CE 02 would be perfect for learners and commuters with a top speed of 56 mph, thanks to its 15 bhp. With awesome concept vehicles like this one foreshadowing what’s to come, the future of EVs has never been so exciting. 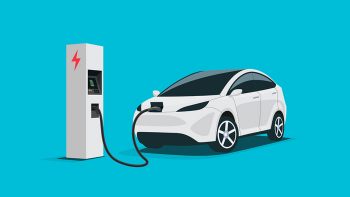 Bringing Back the Past: Sodium Batteries

In this fascinating EV space, where innovations seem to occur on an almost daily basis, it’s easy to get into the mindset of continually looking forwards and never backwards. One example of this is the invention of the lithium-ion battery, which replaced the outdated sodium-ion battery back in the 1970s.

So why would this seemingly outdated tech be relevant now? Well, whilst lithium-ion batteries promise cutting edge power and storage capabilities, there’s been a constant struggle between increasing energy density and ensuring the battery doesn’t combust, one of the hot topics of debate currently.

Unhampered by a potential shortage of materials, the almost-forgotten sodium battery tech is beginning to make its comeback, promising a price point of up to 50% less than equivalent lithium-ion batteries, all while operating better in cooler temperatures and featuring an equivalent battery life to current lithium batteries. Great news for helping bring down the costs of EVs.

Whilst sodium-tech isn’t the sexiest option out there, there are now options coming onto the market that may well shake things up a bit, such as the latest product from CATL (China’s Contemporary Amperex Technology Co.). Cheaper and safer is the name of the game in this space, keep your eyes peeled.