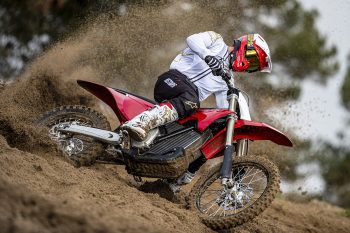 From titans like Tesla to impressive startups like Lucid Motors that have seen tremendous growth, the electric revolution has spawned countless new businesses with the purpose of tackling road emissions and creating a greener future. But what about long-established companies, companies like Toyota that have historically been hesitant, even unwilling to embrace an electric future?

This week, we’re taking a closer look at industry giant Toyota’s shocking U-turn on electric vehicles, as they announce their impressive lineup of production-quality and concept EVs. Alongside that, we’ll zoom in to a company that sits on a much smaller scale, yet is tackling some equally large problems, Stark Future.

For our quickfire round this week, there’s plenty for you to sink your teeth into! From the Nissan Ariya, set to rival the likes of the Kia EV6 and Hyundai Ioniq 5, to Mercedes’ all-new EQB SUV, it’s time to get your weekly dose of EV-news goodness.

Sometimes, it’s the largest companies out there that are most prone to resisting change. While manufacturers like Hyundai and Audi were quick on the uptake when it came to producing electric vehicles, the likes of Toyota, headed by CEO Akio Toyota, have for the longest time been strictly against the idea of going all-electric. In fact, Akio Toyota famously warned that electric cars would destroy the Japanese economy. Ouch.

In a seemingly miraculous twist of fate, Akio Toyota has made an overnight shift in perspective, telling press this week that “we need to reduce emissions as much as possible, as soon as possible.” Who’d a thought that was coming?

It seems that the prospect of the EV revolution has finally dawned on Toyota, who have announced their intention to expand their lineup of carbon-neutral options, with a whopping 15 electric models in the pipeline for release by 2030. It’s OK Toyota, we forgive you.

With the impressive aim to sell 3.5 million EVs per year by 2030, it seems that Toyota really is putting its money where its mouth is. As of yet, we know that Toyota will be splitting its production into two groups.

The first, known as the ‘Lifestyle group’ is a selection of eight vehicles that are currently conceptual (for reference take a look at the top row of vehicles in the image above).

The second group forms the heart of Toyota’s bZ EV brand (bZ standing for “beyond zero”). These cars (the second row in the above image) are very close to being production-ready and will likely be on the roads before we know it.

Over the next decade, we’re set to see some major changes from this industry giant, and we can’t wait to see where it goes.

To read more about the beginning of Toyota’s dramatic shift to electric, you can read more here.

From Zero to Hero: The Stark VARG 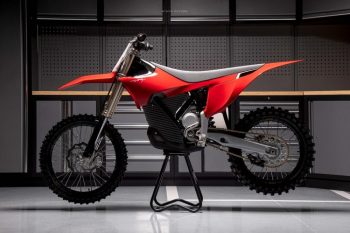 Move over Iron Man, there’s a new Stark in town with its eyes set on tackling one of the greatest problems that has plagued the motocross industry, the dreaded noise.

While it’s not so much a problem for the enthusiasts out there (isn’t it all part of the fun?), the same cannot be said for those in the vicinity. Ask any motocross-enthusiast and they’re sure to tell you a story about a very red-faced individual telling them in the most (im)polite way, to keep the noise down.

A Solution From Sweden

Cue the entrance of Stark Future, a Swedish startup established in 2019 that is set to tackle two birds with one stone, both noise and emissions at the same time! The solution comes in the form of their electric motorcycle, the VARG.

With an aggressive sounding name for a bike that looks ready to pounce on any trail, the VARG is set to tackle the issue of motocross tracks being shut down due to noise pollution, in a way that keeps the fun going all the while and is good for the planet. Nice.

Give Me the Details!

From what we know so far, the VARG is set to produce up to 80 horsepower, weigh 110kg and is currently listed at $13,500, roughly £10,180. Stark Future are holding nothing back when they say they’ve built a bike that can outclass any combustion-engine equivalent in every way. For example, there’s the ability to customize the power settings of the bike, from 125 two-stroke to a 650 four-stroke, giving you unparalleled flexibility when it comes to your ride.

As for the range of the bike, it has been likened by the manufacturer to the equivalent of a 450cc motocross bike with a full tank. That’s not bad at all.

Let Me Get My Hands on One…

According to the website, the delivery date for purchases (you can purchase it now!) is set for September 2022. This hasn’t been confirmed officially, however.

If you’d like to read more about the VARG from Stark Future, check out their website here.

$35 Billion – Invested by Toyota into its new EV range