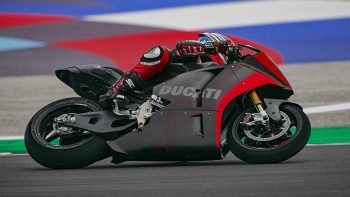 We’re in the final stretch before Christmas now, and to help calm those pre-Christmas nerves we’re
here to share with you some truly awesome news relating to a certain two Italian motorsport
giants… We may not be able to leave the likes of a Ducati or Ferrari under your tree, but we can
definitely give you the run-down when it comes to their shocking EV updates.

In a fantastic twist, Ferrari has announced its plans to produce its first EV by 2025, while Ducati
struts its stuff on the racetrack with its Ducati V21L. Red is the name of the game in the EV space this
week, and we’re delighted to tell you all about it.

We’ve also got some tasty treats for you in our quickfire round! From what could well be the world’s
fastest EV charger, to the mind-boggling long-range concept vehicle from Mercedes, you’ll enjoy
getting your fill of this news. It’s all sugar-free too! 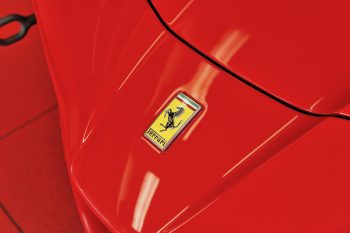 What words come to mind when you think of Ferrari? Fast, loud, sleek, sexy, the list goes on… The
legendary Italian manufacturer Ferrari is a staple in the motoring hall of fame, and for good reason
too. Their cars are a force of nature in and of themselves, as they leave their competitors in the dust.

History in the Making

Which makes it all the more shocking with the red motorsport giant’s announcement that they will
be producing their very own EV in 2025. Speaking at Ferrari’s General Meeting this week, Ferrari CEO
John Elkann announced that “…the application of these [electric] technologies both in motorsport
and in road cars is a huge opportunity to bring the uniqueness and passion of Ferrari to new
generations.” We couldn’t agree more John.

It’s been rumoured that the 2025 Ferrari EV may well be taking a similar form to the new Ferrari 812
Competizione which, if true, means they’re already onto a winner when it comes to the looks
department. There are more details to come in 2022, according to Ferrari, so we’ll be sure to give
you the latest as soon as we hear about it!

To read more about Ferrari’s adventure into the EV space, read more here. 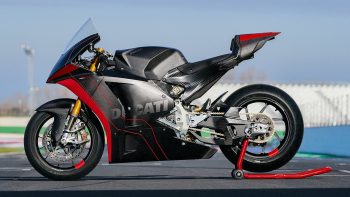 The Latest from Ducati

Two months ago, Ducati announced their decision to enter MotoE with an all-new concept vehicle,
and at last, we can get our grubby paws on some more details! Pictured above is the Ducati V21L,
which was showcased on Monday, much to the delight of fans worldwide.

From Energica to Ducati

With Energica’s contract as the exclusive supplier (and sole manufacturer to date) of electric MotoE
racing motorcycles coming to an end, it’s clear that Ducati is ready to take up the mantle and put
their money where their mouths are. It’s particularly impressive that, in only a few short months,
Ducati was able to turn what was previously purely a concept vehicle into something that can shake
its electric tailfeathers around the track.

As of yet, Ducati has not released any fine details when it comes to performance. However, the bike
it is designed to replace, the Energica Ego Corsa, was able to achieve speeds of up to 160 mph during
races. We can’t see Ducati doing any less than that!

We’ll be sure to announce more details as they arrive. In the meantime, you can read more about
the new Ducati V21L here.

1) Is this the world’s fastest EV charger? Read more.
2) Mercedes unveils its ultra-long-range EQXX concept vehicle. Read more.
3) MDL Marinas to boost charging point locations in the UK. Read more.
4) Vauxhall slashes the price of its Corsa-e and Mokka-e by £3,000. Read more.
5) Will the Kia EV6 stand up to the 1,000-mile endurance challenge? Read more.

225 – Mile range capability on the Peugeot e-208 thanks to the latest updates.