With so many developments in the EV space pouring in every week, it can be easy to overlook some lesser-known EV achievements that are taking place across the globe. This week, we’ll be transporting you to South Africa, where the owner of an EV with the highest mileage in Africa has big plans for electric infrastructure. Alongside this, we want to showcase an exciting announcement from Lamborghini as they lay out the plans for their electric future. Whether it be the transition of a multi-billion-dollar company or one man’s love for EVs, the EV bug cuts across all boundaries.

Looking at our quick-fire round this week, you won’t want to miss this electric homage from Volkswagen to their Type 2 camper van. With an update regarding model variants and a reveal date of March 9th, there’s plenty here to sink your teeth into! 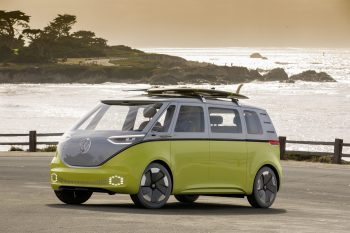 Next up is the announcement from RGNT, the Swedish motorcycle manufacturer that crafts stunning, retro electric bikes. Looking to sell their bikes internationally, orders are now available to those in the US looking to get their hands on them. Bentley have also made news this week, announcing that their first BEV will launch in 2025, as part of a £2.5 billion shift into electric vehicles. Mini also has some interesting news coming out, namely that they are launching an electric conversion program for classic Minis. Lastly, Wales takes the stage with their trials of an electric refuse lorry. Read on to find out more about the latest developments as the electric revolution continues. 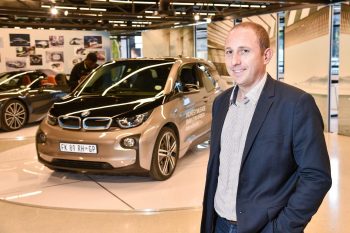 One Man’s Love for EVs

With many people around the globe making the switch to an EV every day, it can be easy to forget just how ground-breaking that switch can be, especially in areas of the world that are not yet heavily pushing electric vehicles. Shaun Maidment’s decision to purchase an electric BMW i3 back in 2016 proved instrumental in the way he saw the future of transport, stating that the car had “changed my (his) life.” Now the car stands at a mileage of approximately 187,000 miles, the most out of any EV in Africa, according to Shaun.

Not only has purchasing an EV provided an all-new way of transporting himself around in South Africa, but it also opened up new experiences along the way, as he got to know more local people while he stopped to charge his car.

Trials Along the Way

One of the great achievements Shaun was able to accomplish in his BMW i3 was his trip from Pretoria to Cape Town back in 2018. This trip, with a total distance of approximately 900 miles, took him 5 days to complete, with stops along to way to charge. During this time, he engaged closely with the people of South Africa, all while driving along a route without a dedicated EV charging network.

Of course, during such a long trip you never know what might happen. So how did his EV hold up? Well, the BMW i3 experienced no maintenance issues throughout the duration of the trip, with its thermal and battery management systems doing their job perfectly. One question often asked is how well EVs can withstand more extreme temperatures, and this trip is a fantastic indicator of what EVs can handle.

Having driven his BMW across the country, Shaun is now taking the next step to implement an EV charging network across South Africa. It’s changes like this that helps propel the advancement of the electric revolution, and we couldn’t be more excited to see what other kinds of developments like this will take place across the globe.

Lamborghini Announces Their Shift to Electric

A Slow, But Sure Transition

After having previously stated in 2018 that the technology to bring an electric supersports car to life wasn’t available, it appears that the gears have begun to turn in the electric department over at Lamborghini. It has been announced that the company will focus on hybrids over the next few years, before bringing out an all-electric model approximately around 2028. Pledging $1.7 billion to the development of their hybrid and electric variants, its clear that some serious thought has been given to this.

When compared to what Ferrari is looking to achieve, bringing out their SUV model in 2023 and supersport car in 2025, this does seem like quite a slow transition, however. Even so, we see this as a step in the right direction for Lamborghini, (even if we wish they’d press down on the pedal a little harder).

If you’d like to read more about Lamborghini’s future projects, check out this article here.