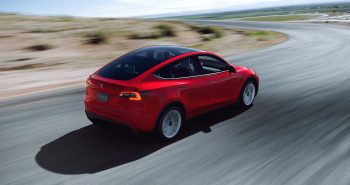 Last week, we discussed the future of EVs and how apps such as Google Maps are making lives easier for EV owners. Check it out if you haven’t read it already, we’re certain the stats in there will make you raise an eyebrow (or two)!

This week, we’d like to take things back to basics by focusing on none other than the latest car-specific news. Read on to find out about the Tesla Model Y launching onto UK roads, as well as the leaked reveal of Honda’s electrifying new SUV. Let’s buckle up and get this show on the road!

The Tesla Model Y Arrives in the UK 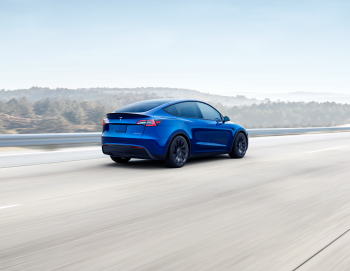 For the Tesla fans and inquisitive EV enthusiasts based in the UK, it’s certainly been a bit of a wait for the Model Y. As of 8am on Friday 15th October, two versions of the Model Y have been available for UK customers to order, with delivery expected in early 2022.

Aside from having sold over 76,000 units so far, being touted as ‘Best EV of the Year’ by Car and Driver, and taking the top “overall” spot in the AAA’s car guide for 2021, the specs alone for the Model Y are nothing to be sniffed at.

In the arena with the Model Y are the likes of the BMW iX3, the Mercedes-Benz EQC and the Ford Mustang Mach-E. With these big names battling it out for your favour, the exciting battle for EV supremacy can only mean good things for the EV consumer market.

The Honda e:NS1 – Bound for Europe

Honda Prepares to Shake up the EV Market

If I was to ask you to give me some names of EV automakers, then Ford, Tesla, Nissan or even Hyundai are likely to be the choices you’ll come up with. It’s unlikely that Honda would even grace your mind at this point, despite them taking tentative steps into the EV sphere with the Honda E and Clarity models.

This is all set to change. As part of their plan to become electric-only by 2040, Honda has announced a line of 10 e:N range models to appear over the next five years, which will firmly establish them as an electric vehicle manufacturer. The first two EVs are the e:NS1 and e:NP1, which are set to arrive in China for spring 2022.

It’s particularly exciting to see what a large, established company like Honda can come up with when venturing into the world of EVs. While little is known as of yet with regards to the specifications of Honda’s anticipated EV, the e:NS1 SUV, we can be certain that it will include some of Honda’s best tech, such as their digital cockpit and Honda Connect.

Following its debut in China, it’s likely that we’ll see the Honda e:NS1 appearing in European showrooms in late 2022, with more information on the tech available and the interior of the vehicle being released then as well.

If you’d like to know more about Honda’s next-gen vehicle, read more here.