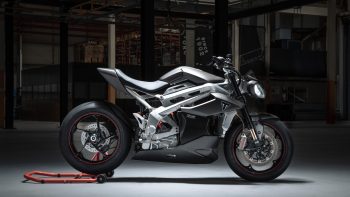 Love is in the air! We love all electric vehicles, from electric bikes to planes. What’s not to love about being eco-friendly and saving money at the same time? Whether it be one man’s newfound love for his electric HGV after 35 years of diesel-powered driving (see more in the quickfire round!), or this week’s mind-boggling numbers, we’re certain there’s something in this week’s spotlight to warm your heart.

This week’s valentine special kicks off with exciting news from Navier, who have achieved their funding goal for the construction of their flagship electric boat, the Navier 27. Tapping into the potential for large-scale electric maritime transport, Navier have their eyes set on an electric boat revolution.

Triumph also reached an exciting milestone of their own this week, completing phase three of their production plan for the TE-1 – Triumph’s very first electric sports bike. It looks like we’ve been hit by Cupid this time!

For bite-sized articles and videos on the latest and greatest this week, check out the quickfire round. The global e-bike market continues to surge ahead, with over 130 million e-bikes expected to be sold worldwide between 2020 and 2023. Set to reach $40 billion by 2030, investment in the global e-bike market is at an all-time high. 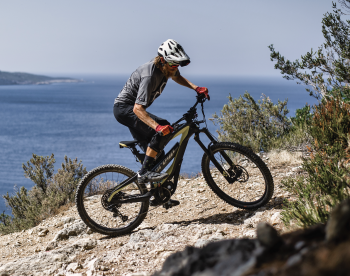 Research has also been undertaken on how EV charging may boost retail footfall, which is encouraging for the dwindling high street, where 50 shops on average close every day in the UK. All this and more in this week’s quickfire round!

Navier 27 – Set Sail for the Future of Boating 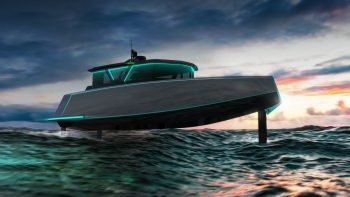 Founded by two MIT alumni in the San Francisco Bay Area, Navier is an American startup with the goal of bringing down the running costs of maritime transport through the development of futuristic electric watercraft. It’s not only the (ridiculously cool) design that is considered in the production of their watercraft, but also the technology the boat has on board. Navier focuses on the integration of intelligent software to shorten journey time without skimping on comfort.

Recently achieving its funding goal of a whopping $7.2 million following the announcement of the Navier 27, the company’s initial production of 15 boats sold out within two months. Now, the company is looking to achieve production of 400 units by 2024.

One of the core tenets when producing their flagship model was that it had to be silent and eco-friendly, while also packing powerful performance and, of course, style. The Navier 27 lives up to that dream and more.

The electric boat has 75 nautical miles of range under its standard configuration and embraces hydrofoils to glide across the water silently. Waves up to 4ft high are no problem at all for this vessel. Did we mention that the boat is 90% more efficient than comparable fossil-fuel powered boats of the same size?

As for the technology we mentioned earlier, the Navier 27 features an advanced autopilot, able to achieve the perfect speed and course control, no matter the weather. Amongst many other features available, you can even check in on your boat via your smartphone. Now that’s what we called connected.

For more info on this sleek electric boat from Navier, check out their page here.

120 years after the production of their very first motorcycle, a humble bicycle fitted with an equally humble engine, comes the latest and greatest in motorcycle innovation. The motorcycle giant that is Triumph has eagerly been developing their very first electric sports motorbike, and now that prototype has completed phase three of its testing, which focused primarily on the construction and design of the bike as we see pictured above.

Ladies and Gentlemen, we have the TE-1 in all its glory. While the specs of Triumph’s beast have not yet been revealed, we can expect no less than the best of Triumph’s design and manufacturing team. We do know that the bike will be outfitted with Brembo M50 monobloc calliper brakes, as well as the latest in Triumph’s motorcycle control software. However, who can blame us for itching to know just how fast the TE-1 can launch from standing still?

If all goes to plan, it won’t be long until we have our answer. The TE-1 is now entering stage 4 of its production plan, which includes track and rolling road testing. Scheduled to reach completion in six months’ time, we’ll then get to see the TE-1 in all its beauty on an official track demonstration. So, motorcycle enthusiasts out there, it’s time to begin the countdown!

For updates and more info on the TE-1, you can follow Triumph’s official page here.

84% – Of all January new car sales in Norway were electric.

$1 billion – To be invested by Volvo into upgrades for its BEV manufacturing plant.

We wish you a very happy Valentines! Until next week. #TIMETOGOEV