THE ELECTRIC SCOOTER… Could This Be The (Green) Future of Urban Travel? 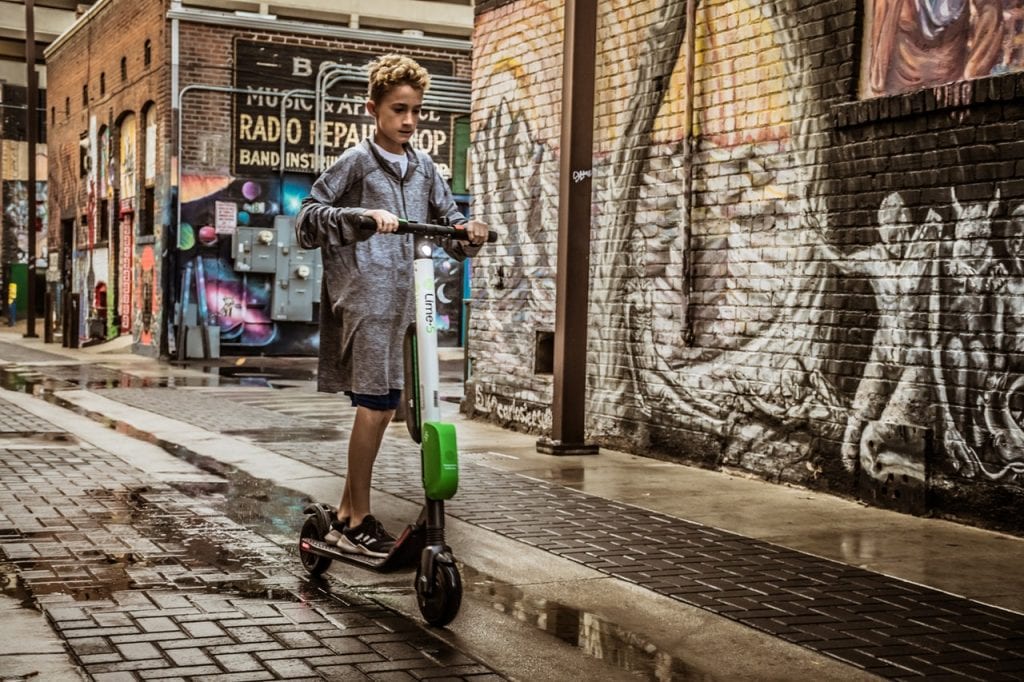 We are constantly hearing about the poor air quality in our Towns and Cities, the statistics are grim, and there is a growing awareness that we have to do something, and soon.  We know that combustion engines are polluting our cities and taking a terrible toll on our health, the health of our children and the health of our planet. Could the electric scooter be part of the answer?

On a recent trip to Paris, my son decided to see the sights on one of the many hundreds of electric scooters easily located for hire around the City. There are over 500 dedicated parking slots and e-scooters for hire on most streets in Paris. Each electric scooter has a GPS tracker and they are retrieved each evening for the batteries to be re-charged and for necessary repairs.

My son came back a real enthusiast, loving the ease of use, finding the scooter light, simple and easy to manage. He found them cheap to run, clean and.so much simpler than hiring a car or hailing a taxi. No surprise then that many other countries are also adopting them as the greener, cleaner alternative.

In the last 18 months the electric scooter has become a common sight in many cities in America and Europe. Countries who haven’t already adopted them, are openly considering introducing them as a cleaner and more environmentally friendly alternative to other forms of transport. Even here in the UK, where the Government had, until very recently, been sitting on it’s hands on the issue of e-scooters, there may be cause for hope. In March, the then transport minister Jesse Norman said he would “look quite closely” at finding a way of allowing electric scooters on the road – potentially through a permit licensing system. His successor Michael Ellis is now, overseeing a review of the outdated legislation

At present, this decades-long ban, means that consumers are able to buy an e-scooter, but they are not allowed to ride their scooter anywhere except on private land, this means they can still be prosecuted and fined for riding them on public roads and footpaths.

Calls for the UK to change the law have been coming from scooter-share-companies, environmentalists and the general public. So watch this space, perhaps it won’t be too long before our polluted towns and cities will be benefiting from the cleaner, greener electric alternative too