Renowned car manufacturer Aston Martin made a huge announcement this week, declaring their intention to go fully electric by 2026, joining the likes of Ferrari and Lamborghini who have similarly pledged full electrification. Aston Martin Chairman Lawrence Stroll announced that they will be phasing out the manufacturing of its classic ICE vehicles in favour of efficient, eco-friendly and sure-to-be classic electric models. If their EV looks anything like the Vantage Roadster (picture below), it’s sure to be a hit.

While on the thread of luxury car manufacturers, Rolls Royce have also announced that their first EV will be delivered in 2023, with the view of going all-electric by 2030. CEO Torsten Müller-Ötvös has emphasised the importance of producing an EV alternative for each current model and announced that the firm will no longer be manufacturing any ICE models. This makes the Mk2 Ghost the last petrol-powered model to be produced by the company. You can read more about the updates from Aston Martin and Rolls Royce this week in our quickfire round.

While we can’t wait to get our grubby paws on the likes of an electric Aston Martin, it’s important to remember that the electric revolution doesn’t just encompass the likes of cars and bikes but stretches to the numerous types of transportation out there. This week, we want to pay attention to the latest and greatest in the EV space when it comes to maritime and rail transport.

First up is the latest development in Amsterdam, where electric ferries are entering service on Amsterdam’s North Sea Canal. The existing diesel-powered fleet hailed back all the way to the 1930s, so this change is definitely due! Next, the Scottish Government has revealed that the Kingdom of Fife is on track for rail electrification, which is fantastic news for cutting down on emissions and providing reliable, sustainable transport.

Also in the quickfire round this week is the latest release from Koenigsegg, who have been working on their cutting-edge engine technology that leaves traditional ICE supercars in the dust. The beast that is Tesla’s Cybertruck was also spotted making the rounds, charging at a Tesla charging point in Texas. Read all about this and more in this week’s quickfire round. 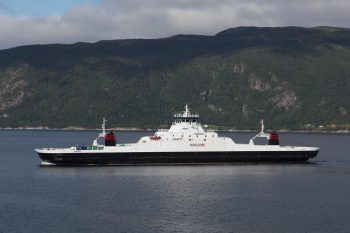 The maritime sector is by no means a stranger to electric technology developments. Pictured above is the Batteryferry MF Ampere, the world’s first pure electric car and passenger ferry that was launched back in 2015. Since then, there have been fantastic innovations that have helped propel the industry forwards, including the launch of the world’s largest electric ferry, the Bastø Electric, back in the spring of 2021.

For those who have visited Amsterdam, when asked about what the transportation there is like, you’re likely to think of one word, bicycles! A forward-thinking city, Amsterdam took to bicycles like a duck to water, which helped to reduce both noise and air pollution.

It didn’t come as a huge surprise then when the announcement came that Amsterdam’s ferry service would be switching to ferries that operate primarily on electricity. However, prior to this change, the crossing was operated by a diesel-powered fleet that dated back to the 1930s. Yikes!

What Are the Statistics?

Over 350,000 cars a year make the trip across the North Sea Canal, so by switching the old diesel ferry variants for electric ones, Amsterdam’s public transport reaffirms that they are taking the electric revolution seriously in their goal to become emission-free. Now, three electric models are beginning service, and we’re certain that other countries are sure to follow the example set by Amsterdam.

The Kingdom of Fife on Track for Electric Trains 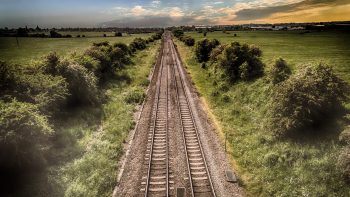 We love the sight and sound of classic trains chugging their way through the countryside, yet there’s also something special about the sleek, electric models that slice through the air with ease. Trains are for many a vital part of their everyday commute, be it over a short or long distance. Yet, the pollution given off by these diesel-powered giants is not only bad for our own health, but also the environment.

Research has found that the pollution produced by diesel trains can be as much as 13x as higher than the amount found on a typical central London road.

The Electrification of Fife’s Railway

Part of Transport Scotland’s latest Strategic Projects Review was the proposal for a fleet of electric trains. The electrification of the tracks would not only help to improve journey times, the report stated, but also improve the reliability of the service.

With over £5 billion secured in funding for the electrification of Fife’s railways, this looks to be a major milestone in Scotland’s rail infrastructure. With the ground paved for further electrification, it won’t be long before we see other parts of the country take on similar infrastructure work.