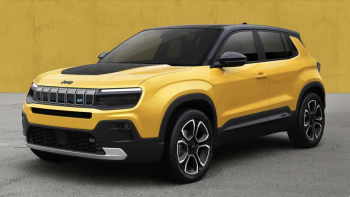 Spring may be a few weeks off, but EV news continues in full flow. This week, we’re diving into the latest release from Fiat, who have recently revealed their second EV, the E-Ulysse. Stellantis, parent company of Jeep, have also teased some snapshots of the upcoming Jeep EV. We have to say, yellow looks good on it!

The Rolls Royce Spectre EV has been spotted out on the prowl near Munich in Germany. Set to arrive in late 2023, the Spectre hails the electric age for the historic company.

Hot off the press is the latest from Jaguar, who have showcased their latest electric concept, a roadster that harnesses over 1,000 horsepower… See it for yourself below! 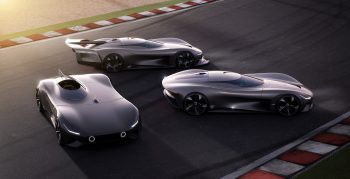 After months of bated breath, we’re also hyped up about the big VW ID. Buzz reveal coming this March 9th at 18:00 GMT. Make sure to tune in to see the electric homage to the classic VW camper in all its glory! We can’t wait to see you there. 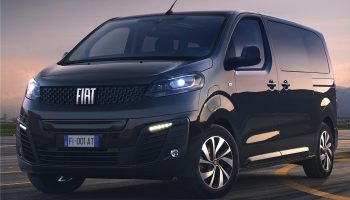 If we asked you what the next Fiat EV would produce would be, what would your first guess be? You may not have thought of a minivan and yet, following the release of their affordable Fiat 500e, the Italian brand has gone all out to produce arguably one of the most tech-savvy minivans to enter the market.

As part of the Stellantis group’s electric strategy, which includes the likes of the first electric Jeep among others, the E-Ulysse seeks to break new ground as both a family and commercial-orientated vehicle.

With twelve different configurations and a maximum of eight seats, it’s safe to say that the E-Ulysse caters to multiple needs. Intended to be just as suitable for transporting a business client as it is for friends and family, one can’t deny that the minivan looks to be very versatile. Thanks to the seat railing system, it’s easy to shift around the configuration of the space to suit your needs.

For extra comfort, there’s a seven-inch infotainment system as well as a convenient folding table and a panoramic glass roof. All while caring for the environment. Not a bad way to travel at all!

Did Somebody Say Tech?

Part and parcel of the comfort features the E-Ulysse offers is the ultraviolet light-based air purifying system that comes built-in. This eliminates microorganisms and ensures the air is cleaner, enhancing passenger comfort.

There’s plenty of tech available for the driver too, such as cutting-edge electronic driver assistance systems, which help the driver to avoid potential hazards on the road.

As for specs, the minivan lists two available battery options, either a 50kWh or 75 kWh option, with the latter offering a range approximating 329 kilometres. When you’re looking to charge up, the standard equipment includes a 100 kW rapid charger which boasts 0-80% charge in only 45 minutes.

Manufactured in France, more information on when the minivan will be available for order is set to be revealed in the coming days.

There’s plenty more to read about when it comes to the tech available in the E-Ulysse. For more info, you can read all about it here.

Storming boldly onto the EV scene, Jeep has unveiled their very first electric model, set to be launched in the first half of 2023.

Expected to be slightly small than the Jeep Renegade in size, it’s clear from the outset that Jeep is adopting a sleeker, less chunky look than what we’re typically used to seeing from them.

The release comes as Stellantis, who also oversees operations for Maserati, Peugeot and more, have laid out their plans for 100% of their sales to be electric by 2026. Jeep is no exception and is on the road to being transformed into a brand that is 100% electric.

With other models in the pipeline, it looks like we’ll be seeing more models from Jeep teased in the near future. We already know that the next model will be the electric version of the Ram ProMaster van, which we expect to be revealed soon and is set to be launched in late 2023.

Expecting global EV sales to exceed 5 million by 2030, it looks like we’ll be seeing plenty of other zero-emission reveals from Stellantis across their various brands in the meantime.

As for Jeep, the brand is looking at building a full line-up of EVs by 2025, so we’ll be keeping our eyes peeled for more news as it comes!

$2.2 billion – To be invested by Volkswagen into their new Wolfsburg EV plant

$220 billion – Set to be invested by Germany as part of their 2026 industrial transformation plan.

Until the next time you put fossil fuels in your car, we know you know, NOW it’s  #TIMETOGOEV