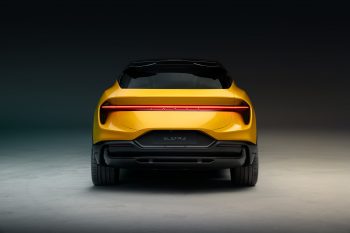 With bright yellows and greens, this week’s EV news is bursting with colour! Lotus have announced their brand-new all-electric Hyper-SUV which promises eye-watering acceleration. What’s more, we’re witnessing the return of the legendary Canadian motocross manufacturer Can-Am, which has been reborn in EV form.

There’s plenty to get excited about in this week’s news spotlight, but don’t forget about the quickfire round! Those of you who are fans of Uber will be happy to know that they have expanded their electric program, known as Uber Green, which now covers the entirety of London. 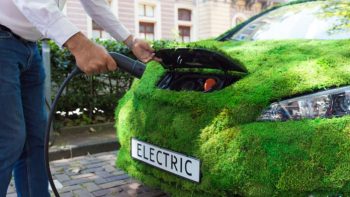 This comes as part of Uber’s goal to achieve zero car emissions in London by 2025. It seems that Uber are very serious about encouraging their drivers to go electric, and we couldn’t be happier for them.

We’ve also linked an interesting article that debunks 7 common EV myths. From range anxiety to cost of maintenance, it’s well worth a read. Who knows, you might find out something new! Of course, you can also visit theevmarketplace.com, where you can check out the myth busting films from our favourite Battery Electrochemist Dr Euan McTurk.

Speaking of battery experts, for those of you eyeing the latest and greatest in battery technology, Chinese manufacturer CATL has recently teased its high-nickel battery technology, promising over 1000km in range! All this and more in this week’s quickfire round. 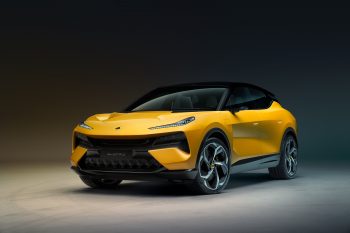 Yellow Is Definitely IN

We began this month with exciting news from Jeep, who announced their stunning EV line-up (check that post out here if you haven’t read it!). Their compact SUV EV in gorgeous yellow set imaginations alight across the world.

Now Lotus has announced that they are developing their second EV – the all-electric hyper-SUV named the Lotus Eletre. As for looks, the Eletre steals the show with a sleek and stylish design that cements it as a strong contender in the e-SUV contest. And may we just say… Yellow looks incredible on it too!

The Lotus Eletre – What We Know

With a battery producing over 100 kWh – that’s about 600hp – Lotus isn’t pulling any punches with their latest design. Sit behind the wheel and hold your breath as this hyper-SUV can reach 60mph in under three seconds.

The Eletre will sport a maximum range of 348 miles and, when you’re looking to charge, you’ll be able to achieve a 248-mile range in twenty minutes (charging from 10%-80%). In. Twenty. Minutes. That’s plenty of time to charge up while shopping at your local Tesco’s. Speaking of which, Tesco’s have recently announced they will be installing EV chargers at 500 of its stores!

Joining the ranks of the Ford Mustang Mach-E, Audio e-tron and Tesla Model X, Lotus’ high-performance creation is on track to be a fan favourite with its stunning design and impressive specs.

The Road Ahead for the Eletre

The first deliveries of the Lotus Eletre will begin in 2023, with a final price to be revealed at a point before then. As for now, we’re left waiting with bated breath before the first test runs are released. We know you’re excited as we are to see it in action!

Want to learn more about the Lotus Eletre? Watch the teaser video here.

The Return of a Legend

Ask any motocross fan, and they’re sure to have heard of the name Can-Am. We’re going back a few years, mind you, as the Canadian motorcycle manufacturer experienced its heyday in the 70s-80s making dirt bikes. Towards the end of the 80s, the manufacturer became less mainstream, focusing on producing snowmobiles and ATVs.

Now, Can-Am is experiencing somewhat of a total rebirth, branding itself as an all-electric motorcycle manufacturer.

As of yet, little detail has been revealed regarding the upcoming line-up, however if the teaser image above is anything to go by, we’re expecting a variety of different electric bikes, from dirt bikes to electric cruisers.